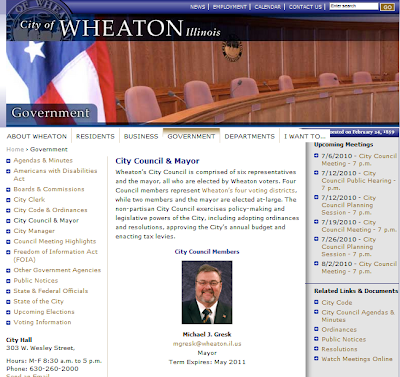 Excerpt: A Wheaton Public Library board member's decision to support closing the library on Fridays could cost her a seat on the panel.

Carri Peterson has been told by Mayor Michael Gresk - the neighbor who appointed Peterson to the library board three years ago - that her service is no longer needed.

Instead, Gresk wants to appoint two new library board members now that three of the nine seats are up for reappointment.

In addition to recommending someone for Peterson's seat, Gresk is looking to replace Martin L. Kyle, who retired. The only sitting library trustee the mayor supports for reappointment is Stacy Slater.

"There is a message there," said Gresk, adding that city council members are expected to vote Tuesday on his selected appointments.

Unlike Slater, Peterson was one of the trustees who backed the plan to close the library on Fridays - a decision that's been highly criticized by the city council.

In fact, most council members are so upset by the Friday closings they are seeking a local law to reverse it. They also are considering slashing the term of future library board members from three years to two.