In This Case, Be Thankful the Library is Not a City Service 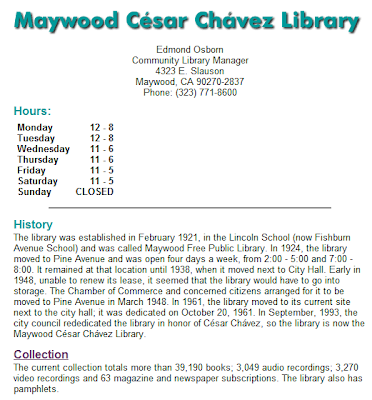 The Maywood Cesar Chavez Library is part of the County of Los Angeles Public Library. 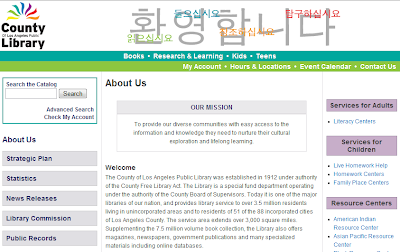 Excerpt: The action is yet another blow for the predominantly Latino city of 45,000 residents densely packed into about 1.2 square miles in the heavily industrial southeast part of Los Angeles County. Officials estimate about half the city's residents are illegal immigrants.

Under the city's plan, the Sheriff's Department will take over patrols. The neighboring city of Bell will take over other municipal services, including staffing Maywood's City Hall, saving the city an estimated $164,375 a year, officials said. The changes would take effect July 1.

Contracting with Bell is the most cost-effective way to ensure that residents still get basic public services, Aguirre said. "Our streets will be cleaned, our potholes will be filled, this is not affecting any of that," he said.
Posted by Retiring Guy at 2:21 PM