We're Not Calling People on our Cellphones (Very Much) 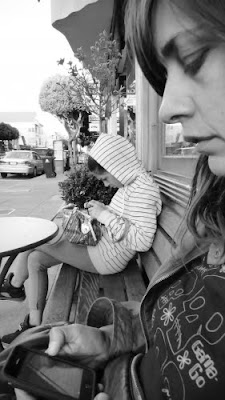 Link to May 14 New York Times article, "Cellphones Now Used More for Data Than for Calls". [Print headline: "Everyone is Using Cellphones, But Not So Many Are Talking".]

The one thing she doesn’t use her cellphone for? Making calls.

“I probably only talk to someone verbally on it once a week,” said Mrs. Colburn, a 40-year-old marketing consultant in Canton, Mass., who has an iPhone.

For many Americans, cellphones have become irreplaceable tools to manage their lives and stay connected to the outside world, their families and networks of friends online. But increasingly, by several measures, that does not mean talking on them very much.
Posted by Retiring Guy at 1:42 PM