I have no idea why this post from 2010 -- May 10th, to be exact -- has suddenly raced to the top of my "Most Popular" list, but whenever something like this happens, I feel it necessary to provide an update of some sort.

And so I present State Senator Julie Lassa's impressive election resume, in reverse chronological order.  (She would have been a much better representative for Wisconsin's values in the U.S. House of Representatives than the uninformed, most malleable Sean Duffy.) 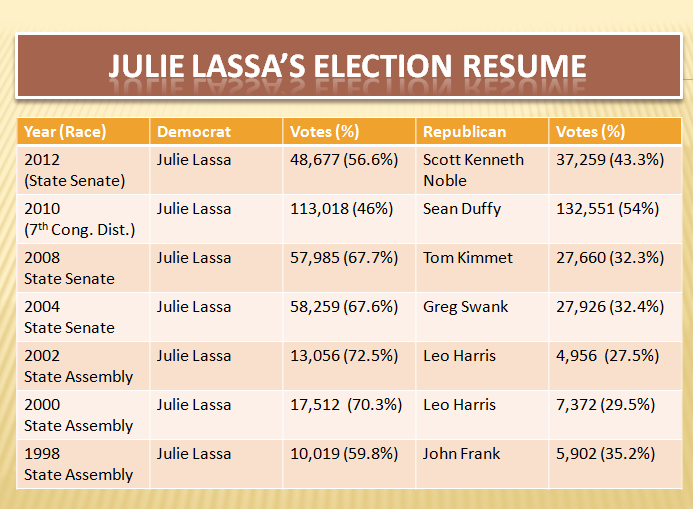 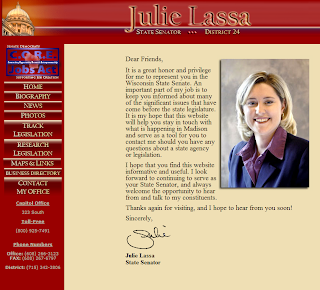 Link to May 10 Capital Times article.

Excerpt:  Five days after Rep. David Obey announced he would retire from the House of Representatives at the end of his term this year, State Sen. Julie Lassa has announced her plans to fill the leading liberal Democrat's seat.

Lassa, D-Stevens Point, began her career at the state Capitol in 1998. She first served as a member of the Assembly and has been a senator since 2003.

"The hardworking men and women of our area deserve a representative who will keep fighting to turn our economy around, even when it means standing up to special interests," Lassa said in a news release late Monday.
Posted by Retiring Guy at 9:01 PM