For Fans of Gourmet, There Is No Substitute 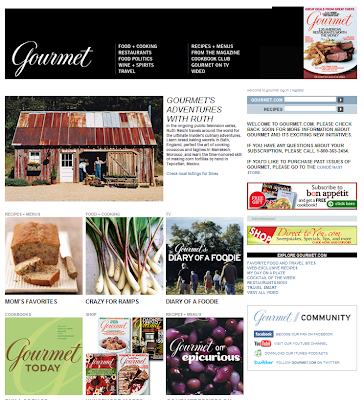 Excerpt: Though Gourmet was not thick with ad pages, its advertisers were expected to jump to competing high-end food magazines, like Food & Wine, Saveur and Bon Appétit.

Half a year after Gourmet’s final issue, in November, the Gourmet readership and ad base seem to have largely vanished. And as the high-end magazines fight over the leftovers of Gourmet, it’s the mass food magazines that seem to be feasting. [Paging you-know-who.]

“I don’t think the closing of Gourmet has significantly caused the increase of dollars to other titles,” Robin Steinberg, senior vice president and director for print investment and activation at MediaVest Worldwide, said via e-mail. “In addition, they are all competing with dollars being allocated to online epicurean Web sites and soon-to-be iPhone and iPad applications.”