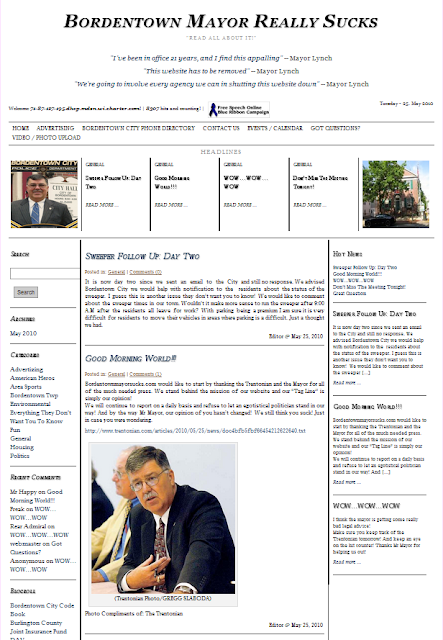 Excerpt: The crowd seemed overwhelmingly supportive of Lynch when he asked, “Does anyone condone a website called BordentownMayorReallySucks? Lynch contended his crusade to shut the offensive domain was not about freedom of speech or government transparency, “I’ve got thicker skin than that,” but about “cowardly people who hide behind” the website to spread venom.

Right now, the website deals with issues in the city such as a D.A.R.E. car with a flat tire, questions concerning a Hopkinson Street house that was cited in 2006 for numerous violations, and a story about a 50-year-old turtle that was found on a city street.

But Lynch contends the website had previously gone over the line.

Maybe the mayor's protests will be enough to revive this website.

As long as we're in the neighborhood, here's a screenshot from and link to the Bordentown Library website. 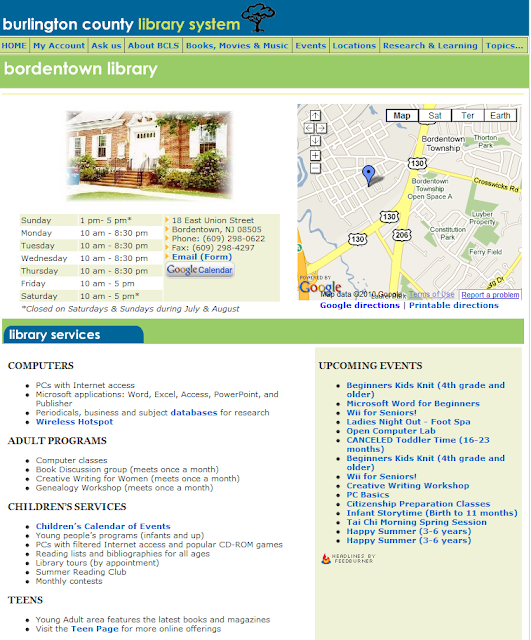