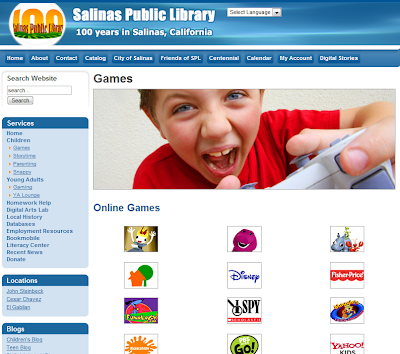 Excerpt:   A Salinas librarian was reprimanded after she caught a 10-year-old boy looking at pornography on one of the library's computers.

Librarian Elizabeth McKeighen said that she caught the child looking at the pornography on a computer in the children's area of the library.

"I reacted, in all honesty, with shock," McKeighen said.

McKeighen said that she touched the boy on the back. The boy's mother, however, said the librarian smacked the child.

Police investigated the incident and McKeighen was warned she could lose her job if it happened again.

What is unknown is if the boy pulled up the pornographic website, or if was already there when he sat down at the computer.

Some of the comments on this article make for interesting reading.
Posted by Retiring Guy at 9:11 PM