Tinkers: The Dream of Every Unpublished Author 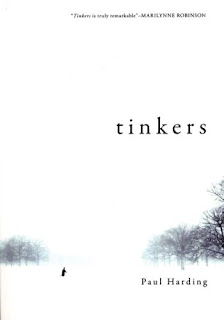 Excerpt:    Six years ago Paul Harding was just another graduate of the Iowa Writers’ Workshop with a quiet little novel he hoped to publish. He sent copies of the manuscript, in which he had intertwined the deathbed memories of a New England clock repairer with episodes about the dying man’s father, to a handful of agents and editors in New York. Soon after, the rejection letters started to roll in.

“They would lecture me about the pace of life today,” Mr. Harding said last week over lunch at a diner in this college town, where he is now teaching at the workshop. “It was, ‘Where are the car chases?’ ” he said, recalling the gist of the letters. “ ‘Nobody wants to read a slow, contemplative, meditative, quiet book.’ ”

His manuscript languished in a desk drawer for nearly three years. But in perhaps the most dramatic literary Cinderella story of recent memory, Mr. Harding, 42, not only eventually found a publisher — the tiny Bellevue Literary Press — for the novel, “Tinkers,” he also went on to win the Pulitzer Prize for fiction last week. Within an hour of the Pulitzer announcement, Random House sent out a news release boasting of the two-book deal it had signed with Mr. Harding late in 2009. A few days later the Guggenheim Foundation announced he had received one of its prestigious fellowships.
Posted by Retiring Guy at 6:44 AM