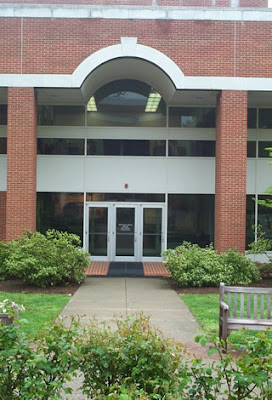 Doesn't appear to be.

Excerpt:  William John Scott is a freshman at Drew University. He studies political science. He plays defense on the lacrosse team. He describes himself on Facebook as a night person who likes to party.

But federal prosecutors say he is something else: a busy archives thief who stole famous letters written by a founder of the United Methodist Church and world leaders, including Abraham Lincoln and Madame Chiang Kai-Shek.

Mr. Scott pilfered the letters while working part time at the university archives, the prosecutors said. He sold some of them for thousands of dollars, and left others sitting in a dresser drawer, where F.B.I. agents found them after executing a search warrant of his dorm room on Saturday. (On Facebook, Mr. Scott says he likes to keep the room “not a complete mess.”)

William John Scott is from Longmeadow, Massachusetts.
Posted by Retiring Guy at 11:55 AM