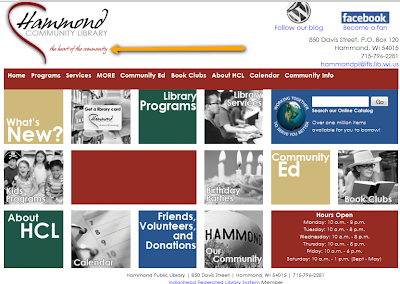 Excerpt: The stores and services of Hammond, Wis., will strut their stuff later this month during a first-time event to promote the village's business community.

More than 50 area businesses and groups have registered to participate in Showcase Hammond on March 20 at St. Croix Central High School. The event will feature demonstrations throughout the day on everything from llama fiber to martial arts, as well as seminars and door prizes.

Michelle Johnson, director of the Hammond Community Library, helped come up with the idea after hearing people tell her they need to "drive to the cities for so and so." [Emphasis added.]

Residents of Hammond, which Johnson called "very much a bedroom town," often aren't aware of area businesses because they're run out of people's homes, she said. Johnson is looking forward to showing people what they've been missing.

"I'm hoping we can educate the area on what Hammond has to offer," said Johnson.

Retiring Guy thinks this promotion is an incredibly effective way to promote the library's mission.