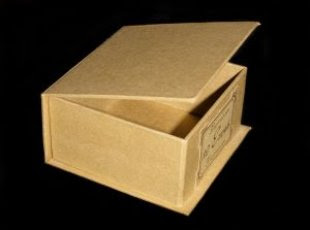 Link to February 11 An American Editor blogpost, "An Immodest Proposal V: Libraries and Indies in the eBook Age. (via Twitter)

Excerpt: Recent posts on some blogs and forums I visit have questioned the future viability of libraries in the future ebook world. These got me thinking about libraries and independent bookstores.

I think libraries are the repositories of knowledge; it would be tragic if they disappeared, removing a fantastic resource for learning and knowledge. Libraries are a great way to introduce children to the wonders of books and reading. When my children were young, library visits were a weekly excursion and I expect to repeat the same with my grandchildren.

But now libraries – and independent bookstores – face a threat of extinction through the growth of ebooks. I admit that my power in Washington is nil and that getting Congress to do anything to protect libraries in the digital age is beyond my abilities. So, instead, I’m offering a modest proposal that, hopefully, doesn’t take an act of overpaid politicians to accomplish. I admit that the idea is in the germinal stage, but I also think it’s one worth exploring.

I modestly propose that libraries and independent bookstores combine and create a new entity that I’ll call the Lindie for want of better imagination (shall we hold a contest for a better name?).

1. Wait a minute. People have been questioning the viability of libraries in an Internet world for 15 years now. And what's happened in the meantime? Libraries are busier and more highly valued than ever -- a reality that some elected officials seem to be deliberately tuning out. So all of a sudden the ebook is gonna do libraries in?

2. A red flag is raised and starts flapping furiously in the breeze whenever I read/hear someone refer to libraries as "repositories". Libraries are not storage facilities.

3. I have to wonder how old the author's children are? When was the last time he actually spent some time in a library?

4. Libraries are already in the independent bookstore business. They're called Friends' book sales. During my last year as Director at the Middleton Public Library, the Friends' monthly and ongoing book sales generated nearly $25,000 in revenue, all of which was used to enhance the library's service program.

5. I'm sorry, but I wouldn't go anywhere near something called a "Lindie".
Posted by Retiring Guy at 9:43 PM

Paul, as the An American Editor author, I thought I would comment. My choldren are in their thirties, so it has been quite a while since I went to my local library (I prefer to buy my books). However, two of my children still regularly use them.

And, at least in my area, they are in financial trouble. It has nothing to do with the number of patrons; it has to do with tax dollars. Patronage is up, funding is down, and friends sales, although helpful, are no solution. If they were, libraries wouln't be cutting back on hours and services and collections.

I don't like the name Lindie either but I admit to not being the creative PR guy who can name medicines or bars of soap. Like it or not, libraries need help now and will need more help in the future, and this is but one possible solution to help both the small independent bookstore (which is also fast becoming an extinct entity) and the local library. It may not be a perfect solution, but it is at least a viable solution.

I don't know if you are reading my blog, but if you are, you are welcome to comment there as well.