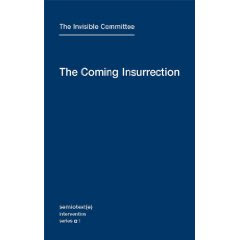 Excerpt: The old saw that there is no such thing as bad publicity could be behind the success of The Coming Insurrection, published under the pen name the Invisible Committee, which rejects the official Left and aligns itself with the younger, wilder forms of resistance that have emerged in Europe against immigration control and the "war on terror." Published by Semiotext(e), a small California press, best known for works of French cultural theory by Jean Baudrillard and Michel Foucault, the book has spent much of the week on Amazon's top 10 bestsellers list, alongside better known titles like Game Change and The Help. (#4 when I just checked.) 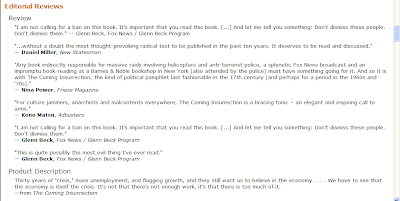 Amazon screenshot 2: As you might guess, the customer reviews are all over the place. 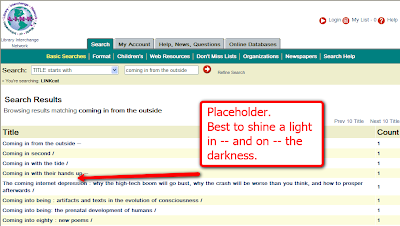