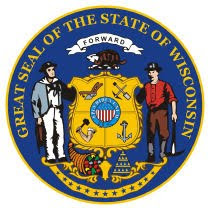 Excerpt: State Rep. Brett Davis, a Republican candidate for lieutenant governor, wants to turn that office into "the leading taxpayer watchdog in Wisconsin."

At a news conference Wednesday in La Crosse, Davis described several examples of what he said could be opportunities for cuts.

Davis has said he would propose $40 million in state budget cuts during his first year in office.

OK, here's what the Wisconsin State Statutes have to say about the Lieutenant Governor's office.

14.32 Service as acting governor.
(2) When acting as governor because of a vacancy in the office of governor created by the happening of any contingency specified in s. 17.03, the lieutenant governor shall receive the annual salary and all other rights, privileges and emoluments of the office of governor. The annual salary paid in such instance shall be in lieu of all other compensation provided for the lieutenant governor.

14.34 Additional executive duties. As the second ranking executive officer of the state, the lieutenant governor shall have such additional duties as are assigned by the governor in writing. [Emphasis added.] These may include:

1. Serving as the governor's representative on any statutory commission, board or committee on which the governor is entitled to membership.

2. Serving as the governor's representative on any nonstatutory committee created by the governor under s. 14.019.

3. Coordinating state services and programs under s. 14.03 and such other statutory responsibility of the governor for this purpose,. (Nature, areas, and extent designated in writing by the governor.)

4. Serving as the governor's representative on any intergovernmental body created for the purpose of maintaining relationships with the federal government, state government, regional agencies or local government.

That's pretty much it, folks.
Fire away if elected, Brett, but first I think you'll need to get a note from the Governor.
Posted by Retiring Guy at 8:42 AM