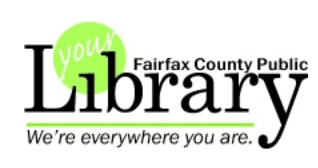 But in reduced circumstances, unfortunately.
Link to February 19 article. (via Twitter)

Excerpt: Librarian Nancy Klein says she didn't realize how ironic her situation was until she found herself standing at a podium at the Fairfax County Government Center last month to accept an award for helping fellow public-sector employees navigate the new world of layoffs and budget cuts. As Klein accepted the prize, she didn't mention that by spring she, too, could be without the job she cherishes.

With the county's 23 library branches considered a "discretionary" service, the jobs of Klein and dozens of other library staffers are in jeopardy. Fairfax's library system, the sixth largest in the country, will have absorbed a budget cut of 33 percent over two years if the county executive's proposal for the coming year is approved. Hours have been reduced, fees have been increased and hundreds of employees have been laid off. A third of its work force, mostly administrative assistants and pages, were let go during the last budget go-around.
Posted by Retiring Guy at 9:06 PM