Too Definitive? "Diary of a Young Girl" Pulled From School Library Shelves 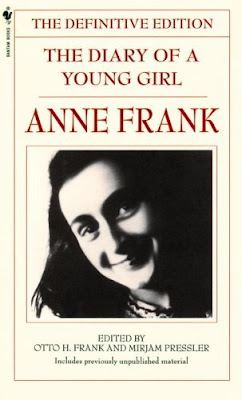 Excerpt: A version of an iconic autobiography detailing a young Jewish girl’s two-year experience hiding from Nazis in a cramped “Secret Annex” has been pulled from the shelves of Culpeper County Public Schools.

“The Diary of a Young Girl: The Definitive Edition,” a vivid memoir of Anne Frank’s private thoughts during the German occupation of the Netherlands during World War II, will no longer be assigned to CCPS students, according to Jim Allen, director of instruction for the school system.

This book is usually given to eighth-grade middle school English students to read.

Citing a parent’s concern over the sexual nature of the vagina passage in the definitive edition, Allen said school officials immediately chose to pull this version and use an alternative copy.