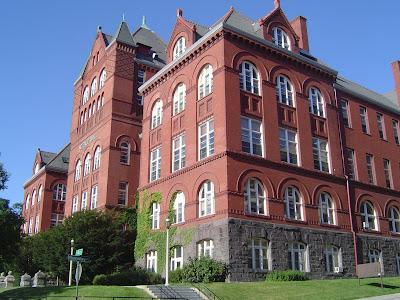 Excerpt: More first-year college students have concerns about their ability to finance college than at any time since 1971, according to the CIRP Freshman Survey, [4-page research brief or 46-slide PowerPoint summary] UCLA's annual survey of the nation's entering students at four-year colleges and universities. Such concerns are part of an overall picture of the impact of the economic downturn on the experiences of entering college students.

More than half of incoming first-time students in 2009 reported "some" concern about financing college, and more students were turning to loans to pay for college ? 53.3 percent in 2009, up 3.9 percentage points from 2008 and the highest level reported in the last nine years.
In addition, fewer students reported experiences in the workforce as high-school seniors, with 62.8 percent having worked, compared with 69.3 percent in 2007. Students were not unique in having difficulty finding employment: More parents of incoming first-year students were also unemployed in 2009. About half (49.3 percent) of all students were planning to get jobs to pay for college.
Link to demonstration survey.
Posted by Retiring Guy at 10:27 AM