Fiction with a Western Pennsylvania Setting 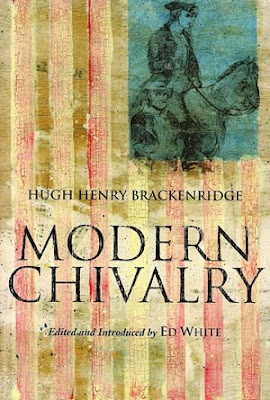 Link to January 3 Pittsburgh Post-Gazette article, "25 novels use Western Pennsylvania as a setting in 2009".
Excerpt: Pittsburgh has rarely played the Muse to the literary imagination.

During its 250 years, when invoked by fiction writers, the city has served only as a stock character in the role of industrial boomtown or early American frontier.

Interestingly, the Forks of the Ohio first appeared in fiction in 1769. That year Tobias Smollett, the British writer, satirized Gen. Edward Braddock and his ignominious defeat at the Battle of the Monongahela in his novel "The History and Adventures of an Atom."

The first American novel to fully use the setting of Western Pennsylvania, however, was "Modern Chivalry" in 1792 by Hugh Henry Brackenridge, Pittsburgh lawyer and politician.

In the 20th century, Marcia Davenport, Thomas Bell, John Edgar Wideman and Michael Chabon first secured the city's spot on the map of American fiction. Their effort is now bearing fruit. In this first decade of the new century, more than 200 Pittsburgh novels have been published.
Posted by Retiring Guy at 2:44 PM