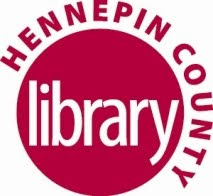 Excerpt: The Hennepin County Board was reviewing its five-year facilities plan when board Chairman Mike Opat spotted the dollar figures for the county library system.

Hennepin's 25 suburban libraries, the chart showed, would need $5.7 million over the next few years for maintenance, energy and lighting upgrades. On the other hand, the 16 Minneapolis libraries recently added to the county system were slated for $7.6 million in similar work. And that didn't include another $915,000 for automation system improvements.

"What did we take over here?" he asked, his voice edged with frustration. "How decrepit are these [Minneapolis library] buildings ...? Was any of this disclosed to us by the Minneapolis Library Board, or Minneapolis City Council, to any degree that would suggest this order of magnitude?"

Nearly two years after the Hennepin County merger that rescued Minneapolis libraries from mounting financial problems, the two systems have consolidated their catalogs, developed a single website and united their nonprofit arms.
Posted by Retiring Guy at 8:08 AM