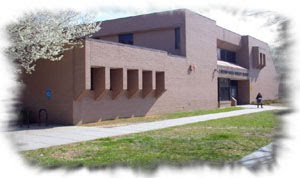 Excerpt: The reign of the Kindle may not spell disaster for books after all. (I guess that makes it an oligarchy--RG.)

Washington-area residents are returning to libraries in droves to check out paperbacks, hardcovers, audiobooks, e-books, DVDs and CDs as the slow economy encourages cheaper leisure.

Book rentals at D.C's Lamond-Riggs Neighborhood Library have more than doubled since 2006 and the numbers are continuing to grow, according to branch Manager Norberta Winborne.

"We used to have just a few people working nights and weekends," Winborne said. "Now, we need everybody around all the time."

Nearly 2 million books, DVDs, CDs and other items have been checked out from D.C.'s public libraries in the last year -- up from 1 million in 2006 -- according to library spokesman George Williams.