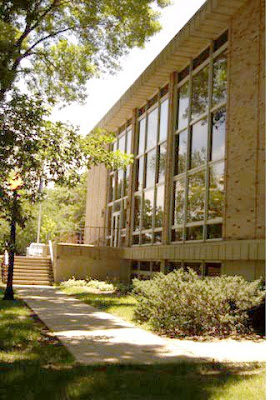 Excerpt: Milton has increased its circulation by 11 percent this year, Director Lisa Brooks wrote in the city’s annual newsletter. It has doubled circulation in the last six years.

Several reasons account for the increase, including the library’s participation in the RockCat program, Brooks said. RockCat in 2007 converged the online catalogues of all seven Rock County libraries, allowing patrons of one library to browse and request items from another library over the Internet.

Brooks became library directory at about the same time, and in RockCat she saw an opportunity to show Milton residents what their library has to offer.

“People have come into Milton to pick up materials that normally might have gone to Hedberg (Public Library in Janesville), and then they see the selection that we have at Milton,” she said.

Also in 2007, the library completed a $42,000 remodeling project that added open space, a sitting area and public computers
Posted by Retiring Guy at 12:56 PM