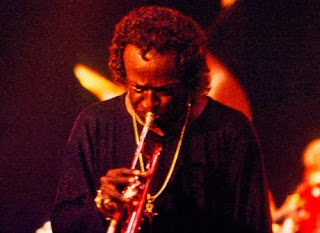 Excerpt: It’s a complicated story. But if you want to know why the Newport Jazz Festival has been so important to American music, it’s easy: you just have to hear the recorded evidence. Bits and pieces have emerged over the years, in live recordings by Ellington, Coltrane and others. Now Wolfgang’s Vault, the online concert-recording archive, intends to fill in the gaps.

The company, based in San Francisco, bought the archives of the Newport festivals from the Festival Network last year. Bill Sagan, founder and chief executive of Wolfgang’s Vault, says the archives include many, many tapes: 1,000 to 1,200 individual performances, dating at least to 1955, the festival’s second year, and continuing to the end of the century. It is not a complete audio record — certain years contain only a small number of performances, or are missing completely — but it is a major one nonetheless.
Posted by Retiring Guy at 1:16 PM