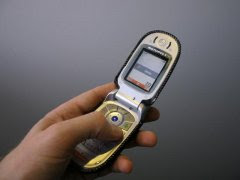 Link to November 12 Adweek post, "Good News, Bad News for Mobile Marketing: The audience for mobile marketing has more men than women at this stage".

There has been a similarly modest increase in the number saying they regard such advertising as "an invasion of privacy" (from 50 percent to 52 percent). And the number saying marketers must get permission before sending such mobile ads has risen as well, from 56 percent in 2008 to 58 percent in this year's poll.

That's a supermajority in the "don't like" category. Tough to put a happy face on that statistic.
Posted by Retiring Guy at 1:58 PM