California Libraries: At the Heart of their Communities 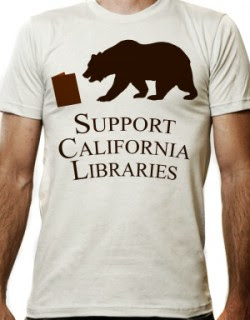 One of 10 library designs at SKREENED.COM
Link to November 8 San Francisco Chronicle article, "California libraries -- where the action is". (via Lazyfeed)

Excerpt: The traditional role of libraries as repositories and purveyors of print materials is shrinking in this digitalizing age. Like newspapers, libraries are trying to figure out how to reinvent themselves beyond the world of hard-copy print. One way they're doing that is to enhance their role as community gathering places. In libraries throughout the state, there's an increased emphasis on providing stimulating programs for people of all ages.

The new library is a kind of community living room, a welcome oasis in an era of social isolation.

The Lafayette Public Library is taking a bold step in that direction on Saturday when it officially opens its sprawling new quarters, a $46 million facility that's a combination library and learning center. The Glenn Seaborg Learning Consortium will feature programs from a dozen Bay Area organizations, including the Oakland Zoo, St. Mary's College and the Lawrence Hall of Science. On opening day, the Chabot Space & Science Center will help kids build rockets they can launch into a simulated version of outer space. On Dec. 1, the Commonwealth Club will bring in political satirist Will Durst.

Labels: Lafayette Library and Learning Center, Libraries at the Heart of our Communities, public libraries