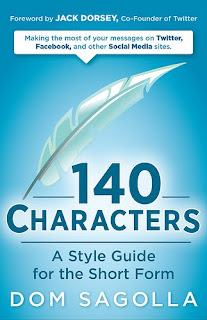 Excerpt: I recently came across this Twitter update from the LA Times’s Steve Lopez, that I think embodies perfectly the elements of a good tweet as the New York Times summed up when the book was first announced back in February. It is simple, honest, employs humor and does not go overboard (In the book, Sagolla points to “bathroom tweets” as an example of this.)

I now have a medical marijuana card. The doctor who approved me was a gynecologist. On my way to a dispensary. Stay tuned.