News from the Hometown Gazette: Warren Public Library Faces Another $100,000 Cut in Funding 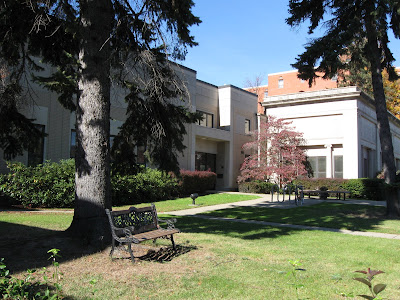 Excerpt: On Thursday, Warren Public Library Director Patty Sherbondy received an email from Glenn Miller, executive director of the Pennsylvania Library Association, in which he confidently predicted the state legislature will finally end the state's budget impasse in the next several days, resulting in a 26.7 percent funding cut for libraries across the state after the budget is signed into law by Gov. Ed Rendell.

"On the eve of Day 100 of the state budget impasse," wrote Miller, "a deal has been sealed finally and without any further significant changes. The State House debated the final deal last night and passed it by a vote of 107-93. Early passage in the Senate is expected since both the Republicans and Democrats there already had signaled their support. The final Senate vote could occur Thursday evening or Friday. The Governor will sign the budget soon after."

Unless something changes drastically, Warren Public Library is looking at a cut of more than $100,000 from its state funding, according to Sherbondy.

The library lost an additional $100,000 in funding from Warren County earlier this fiscal year.
Posted by Retiring Guy at 7:32 AM