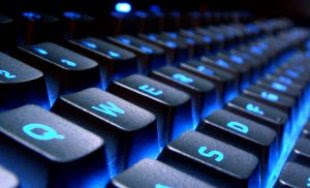 Excerpt: Not this again. It happens with every new internet fad. Some company trying to sell something (filters, consulting, training, etc.) comes out with some study claiming that the new popular internet thingy is "costing x billions of dollars" because workers are using it for some amount of time per day. All of them work on the same basic principle. Figure out how much time people spend using the service, and multiply it by how much people make per hour, and then voila. Of course, this assumes (incorrectly) that every minute not working is "lost productivity." Of course, if that were true then coffee breaks, lunch breaks, sleep and many other things would also be "lost productivity." , we all know that's ridiculous and that the truth is those things make people more productive by giving them a break here and there to recharge.

Price Tag for Lost Productivity: $544 Billion. (...according to a new survey by Salary.com and America Online.)

Social Networks Blamed For $2.25B In Lost Productivity. (Morse, again.)

World Series Leading to Loss Of Productivity At Work For Fans. (Fans are "spending 10 percent of their time at work talking about the game or sending game-related e-mails". The article is from 2004. Study conducted by Alex Kerin, a workplace researcher at Circadian, a company that provides workforce performance and safety solutions for businesses that operate around the clock.)

It's just amazing to me that anything gets done anymore.
Posted by Retiring Guy at 8:12 PM