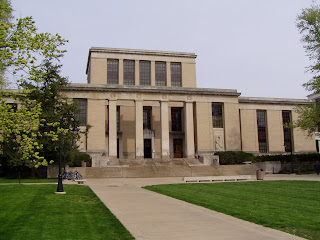 Excerpt: Over four decades, the unsolved killing of a young graduate student in Penn State's vast Pattee Library has taken on a ghost-story mystique.

"It sounds like an urban legend," said Centre County District Attorney Michael Madeira. "Except it's real."

Amateur sleuths obsess over the "murder in the stacks." Newspapers revisit it on anniversaries and a subculture of poltergeist hunters regularly stokes the mythology online.

Even today, many Penn State students have heard about Betsy Aardsma, 22, of Michigan, who on the day after Thanksgiving 1969 was found among the musty library stacks, stabbed once through the heart.

Police interviewed 5,000 people but never made an arrest or named a suspect. Then as now, speculation filled the vacuum.