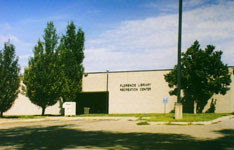 Excerpt: When donations streamed in last week to Omaha public libraries, it appeared that several impending cost-cutting measures at Florence and other branches had been prevented.

Under any scenario, the Florence Library would stay open, thanks mainly to an independent fundraising effort by area residents. But programs and hours at Florence and other city library branches remain at risk.

At an emergency meeting Thursday, the Omaha Library Board noted that much of the $340,000 raised or pledged last week was contingent on city officials passing a 2010 budget that fully funded library services.

Although the City Council approved a budget Tuesday that appears to do that, Mayor Jim Suttle has questioned whether the council’s anticipated revenue streams were realistic.

Suttle, too, supported full funding of the library system next year. But, he said, if the revenue sources fall short in 2010, the city could wind up repeating this year’s round of cuts to city services, including libraries.
Posted by Retiring Guy at 8:40 AM