The Movie Ratings Game: Trying to Everyone While Pleasing No One 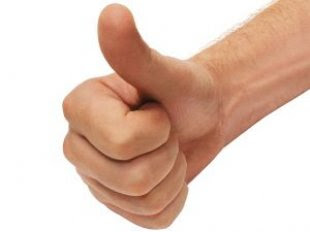 Sort of like the unattainable goal of crowning a national collegiate football champion.

Excerpt: But the ratings system is coming under fresh attack via the Web, and that may make bigger changes inevitable, some Hollywood veterans fret. Studios count a movie’s rating as one of their primary marketing tools, and they worry that any recalibration would cut into their attendance — and profits.

The standard Hollywood ratings — G, PG, PG-13, R and NC-17 — must now compete with all manner of Internet-based ratings alternatives, some of which are gaining new traction through social networking tools.

Kids-in-Mind.com. Things aren't going well here. Revenues are down, and the site was recently hacked. The Hurt Locker, which I saw on Friday, gets a "3" (out of 10) for sex/nudity (the sex is all talk and the nudity is of a man's chest), "8" for violence/gore (uh, what would you expect from a movie about the U.S. Army's Explosive Ordnance Disposal unit), and "10" for profanity (led by 73 utterances of "fuck-". Did one person do the counting or was it a group average?)
Movieguide.org. Ratings from a Christian perspective, which explains why Fireproof, starring the TV-sitcom has-been Kirk Cameron, is a BIG fav. As you would expect, they hate Woody Allen's latest, Whatever Works. In fact, they really, REALLY hate it-- a Sally Field in smokin', sorehead reverse. (Subscription required for full reviews.)
Posted by Retiring Guy at 7:37 PM