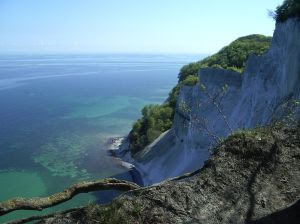 Excerpt:
After years of bemoaning the decline of a literary culture in the United States , the National Endowment for the Arts says in a report that it now believes a quarter-century of precipitous decline in fiction reading has reversed.

The report, “Reading on the Rise: A New Chapter in American Literacy,” being released Monday, is based on data from “The Survey of Public Participation in the Arts” conducted by the United States Census Bureau in 2008. Among its chief findings is that for the first time since 1982, when the bureau began collecting such data, the proportion of adults 18 and older who said they had read at least one novel, short story, poem or play in the previous 12 months has risen. (A poem?)

Precipitous? As in falling off a precipice?

But not a result to point to with pride. (I wonder what the percentage would be if the survey was limited to novels?)
Posted by Retiring Guy at 10:09 AM