Are You Allergic to Wi-Fi?

Quote: Firstenberg and dozens of other electro-sensitive people in Santa Fe claim that putting up Wi-Fi in public places is a violation of the Americans with Disabilities Act.

I don't think so.

I'm sorry, but lists like these remind me of one of the settings on our washing machine: "Whitest Whites".

This one, "1001 Books You Must Read Before You Die", novels all, is from Peter Boxall, a Brit who teaches English at Sussex University. He asked 105 colleagues -- "mostly obscure" critics, editors and academics — to submit a list of their favs. From this input, he assembled his exhaustive list.

Best zinger from the NYT article: Let’s have a look at some of these mandatory titles. Not only is it not necessary to read “Interview With the Vampire” by Anne Rice before you die, it is also probably not necessary to read it even if, like Lestat, you are never going to die. If I were mortally ill, and a well-meaning friend pressed Anaïs Nin’s “Delta of Venus” into my trembling hands, I would probably leave this world with a curse on my lips.

The following is an alphabetical list (by title) of some of the books mentioned in the NYT article and their status in LINK, a consortium of 40 South Central Library System public libraries.

"The Breast" by Philip Roth. (1 copy, not including the Library of America anthology)

"Castle Rackrent" bu Maria Edgeworth, born in 1767 and died in 1849. (3 copies, 4 holds. So there are a few people building reading lists from Boxall's suggestions.)

"A Dance to the Music of Time" by Anthony Powell. (12 volumes; I found 2 copies of the "First Movement".)

"The German Lesson" by Siegfried Lenz. (3 copies, no holds.)

"In Watermelon Sugar" by Richard Brautigan. (1 single volume, 7 anthologies; only 1 currently checked out.)

"The Invention of Curried Sausage" by Uwe Timm. (4 copies, 7 holds -- but then it has "sausage" in the title -- and this is Wisconsin.)

"A Kestral for a Knave" by Barry Hines. (zippo)

"The Ravishing of Lol Stein" by Marguerite Duras. (1 copy, not checked out.)

"Tarka the Otter" by Henry Williamson. (3 copies, 2 in large print.)

As for me, if the list doesn't include "Stark Raving Elvis" by William Henderson, I just can't take it seriously. (Guess what library has the only LINK copy?) 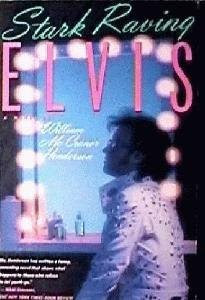 As most of you know, the Capital Times recently joined the very large graveyard of U.S afternoon dailies. The name lives on as a website and a twice-weekly, tabloid-style insert in the Wisconsin State Journal. (Swallowed up, as it were.)

The map shows quite a few "pins" stuck in the Upper Midwest, though it hard to tell whether their point of contact is Illinois or Wisconsin. It's almost scary to note the eastern seaboard obliterated from Virginia to Massachusetts.
Posted by Retiring Guy at 2:30 PM No comments:

Adieu to the true audiophile?

"True audiophile" is loosely defined here as someone who has bought a "serious" home stereo system in the past five years.

Quote: If you think about it, the equipment that has traditionally defined the audiophile is antithetical to the way we experience music today. Speakers are clunky and immobile, and expensive shelf systems don't play easily swappable digital files. Instead, stereo shopping nowadays often means picking up an iPod and a speaker dock. The combination is cheaper, mobile, convenient, and, for better or worse, cool.

Someone loves his Bang & Olufsen 7000 system as much as I did. (Yes, past tense.) But play any scratchy, skip-prone library albums on it. Not on your life.

And remember the initial promise of music CD's carefree maintenance? Moving to this format was going to be an across-the-board winner for libraries, we were told. It was a pretty short honeymoon, if I recall. The first time I experienced a CD malfunction, it sounded as though the St. Valentine's Day massacre was taking place in the family room. 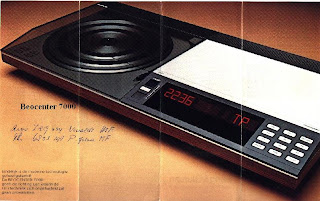 When Andy, my older son, was 2 years old, he yanked the turntable arm of our Beocenter 7000 out of its socket. I can still feel the pain of that moment. And, of course, I had no one to blame but myself -- for leaving this once-prized possession within his easy reach.
Posted by Retiring Guy at 11:00 AM No comments:

Read the article from the Pew Research Center Website.

First paragraph: Last week the National Center for Health Statistics released new government estimates of the number of Americans who can now be reached only by a cell phone -- an estimated 14.5% of all adults, and significantly larger percentages in certain population subgroups such as young people and Hispanics. The growing number of wireless-only households poses a serious challenge to survey research, much of which relies upon landline surveys to reach respondents.

19.3% of Hispanics can be reached only by cell phone.

How much longer until this sign is a museum piece? 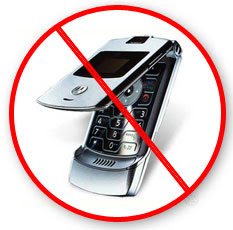 As soon as I published this post, I checked my library email and found this message.

I thought you might be interested in a simple new fundraiser called 'Phones For Good', which can help raise money for Middleton Public Library. Each new purchase by one of your supporters will generate up to $50.00 for your organization. We'd welcome the opportunity to help you make a difference by supporting your great cause, and hope you'll take a look at this very simple program that literally takes 2 minutes to join. Please feel free to call me directly on my cell phone if you have any questions at all (214-240-1498).

Phones For Good is an online retailer of cellular phones dedicated to raising money for nonprofit organizations. By asking your supporters and staff to purchase their next new cellular phone and plan through our website (we're an Authorized Agent of AT&T, Verizon, Sprint, Nextel and T-Mobile), your organization will earn $40.00 - $50.00 for each new purchase. We offer a much better selection and better pricing than traditional retailers (many are free). Your members and supporters will receive a better deal on their next phone than they otherwise would, all while helping you earn new funds.

Over 90% of your members and supporters already own a cellular phone and will buy a new one within the next 18-24 months. Why not buy their next phone in a way that benefits Middleton Public Library? Said another way, literally half of the people you know will replace their cell phone THIS year. What if each of those new sales could benefit your organization?

Here's all you need to do to get started:
1. Visit www.phonesforgood.com to register your organization (takes about 2 minutes).
2. Inform your members and supporters (through your email, newsletters, website, word of mouth, etc).
3. Receive checks quarterly from purchases made by your supporters.

Please let me know if you have any questions at all. We look forward to working with you and helping support Middleton Public Library.

I didn't find any libraries among the group's comprehensive listing.

Anyone familiar with Phones for Good?
Posted by Retiring Guy at 4:46 PM No comments:

AP About to Release Results of Young Media Consumers

Key quote: The survey found that young consumers get their news in an irregular fashion, and generally have no ritual of news consumption, like reading the newspaper or watching the evening news every day. However, the survey also found that young people, in addition to facts and updates, wanted the news to be presented with context. "They wanted to find a path to the backstory," said Kennedy. "And they wanted to find a path to what's going to happen next."
(Unlike this 58-year-old retiring guy who still reads the New York Times every morning after my wife and I take a half hour walk and before we go to work. And I get steamed when the paper is delivered late and/or wet. )

If your magazine circulation resembles Middleton's, it's probably safe to say that a significant percentage of library users are migrating to online source of information. (I know I am. Most of these "recommended reading" alerts come to my attention via my RSS feeds, one of the few Project Play classes I "attended".)

What's most surprising to me is that YA magzine circ hasn't fallen off a cliff. Credit goes to Rebecca Van Dan, Middleton's Young Adult Services Librarian and her Teen Advisory Committee. They speak; she listens.
Posted by Retiring Guy at 11:23 AM No comments: